Have you heard about the story of Hope Diamond? Well, Hope Diamond is actually one of the rarest of gems found on earth.

It is deemed as the world’s largest deep blue diamond and has baffled and intrigued people for centuries, making its story truly interesting to hear.

The Hope Diamond was in the first place discovered in the early 1600s and has crossed oceans and continents for years until it reached the Smithsonian Institution where it is now kept.

Well, according to several stories, the discovery of Hope Diamond started with theft. It was stolen by a French merchant named Jean Baptiste Tavernier who made a trip to India and stole a large blue diamond from the forehead of the statue of the Hindu goddess Sita.

When Tavernier reached his hometown, France, the diamond was purchased by King Louis XIV and was worn by the King himself on ceremonial occasions. It was also during that time that the Hope Diamond is named as the “Blue Diamond of the Crown”.

From the possession of King Louis XIV, the diamond was again stolen when the jewels of the French Royal Treasury were turned over to the government.

That time, the Hope Diamond was described as weighing 177 grains and was later reported as being in the possession of a London diamond merchant name Daniel Eliason.

But this time, no one is sure if the diamond possessed by Eliason was the same diamond stolen from the French crown as it appeared that time in different cut. It was only considered as it is when people feel the rarity and the perfectness of the gem.

Later stories have revealed that the diamond was again purchased from Eliason by King George IV of England. It was sold to pay off the king’s debts upon King George’s death.

In 1939, the gem was noted in the possession of Henry Philip Hope. It is from this man actually where today’s Hope Diamond has taken its name.

The Hope Diamond was passed through generation within the Hope family until it reached the hands of Mrs. Evalyn Walsh McLean of Washington D.C in 1910.

It was this woman who considered the resetting of the Hope Diamond and later that year, the gem became the pendant on a diamond necklace as we know it today.

The Hope Diamond was resold to Harry Winston, Inc.

of New York City upon the death of Mrs. McLean. It was then shown in a number of exhibits and charitable events throughout the world and it was on November 10, 1958 that the Hope Diamond was donated by Harry Winston, Inc.

to the Smithsonian Institution. Immediately, the Hope Diamond became the institution’s premier attraction, and it’s nice to know that that remains until today.

Throughout the years, the weight of the Hope Diamond was reported to be 44.5 carats. It is also classified as a type IIB diamond, which basically is semi conductive and phosphorescent.

It yields a blue color that is attributed to its boron content and it is known worldwide for its strong red color which lasts for a number of seconds after it is exposed to a short wave of ultraviolet light.

The Hope Diamond, being kept in the Museum, now belongs to the people of the United States.

Diamonds are the most short supply items and it is this scarcity that makes them very expensive. The major factors that increase the worth of diamonds are their cut and clarity.

This means that the more clarity of a diamond the more expensive it becomes. So when going for a diamond with good clarity prepare to pay more.

|The design and the cut of a diamond absolutely influence the price of the item. An intricate and weighty design of a diamond is much expensive than a diamond with simple features.

The reason for this is that diamonds are very hard to cut. So the more difficult it is to cut a specific design of a diamond the higher its price.

Do you know that a diamond’s color can influence its price? Numerous colors of natural dimensions can be found with diamonds.

Some of these colors that diamonds can be found include blue, red, orange, white, yellow and pink. You can also find a rare diamond of a green shade.

Diamonds of pink and green colors are usually very scarce.

|Never buy a diamond for which you don’t know its value and grade. You could be paying far higher than its real price or you could be buying an imitation diamond.

Seek to understand the various factors involve in buying diamonds. If you happen to ask those who know, they will inform you about the four attributes to look out for when buying a diamond.

These are the cut, the clarity, the color and the carat. |The price of a diamond can be ascertained through its weight. Sometimes jewelers may not indicate the actual weight of the item.

They do this to get more profit from you. Therefore, in such situations insist that they measure the item before your very eyes.

Since it is not all customers that understand how diamonds are weighed, an international monitoring group has been created to check such malpractices in the sales of diamonds.

Do you know that diamonds are regarded as the sovereign of all precious stones? Their flawless and scarce natures are the attributes that bestow this royal status to them.

Other attributes of diamond include that they have a wide range colors, they are excellent heat conductors, insulator of electricity and low reactivity to cosmetic substances.

|You can get diamonds in several shapes than you can find in other gems. The term carat is the measuring standard with which diamonds weighed and also help to determine the size of the diamonds.

However, other factors like cut, color and clarity help to decide when and when not to buy diamonds.

These settings have the ability to hold a distinct feature and blend. Some of these settings are bezels, bars, paves, chevrons and prongs.

|There is yet to be seen a jewelry that can be as expensive as diamond jewelry. A jewel like a diamond ring is specifically

more cherished as an engagement ring. Another types of jewel is a diamond solitaire necklace, this item is a very famous jewelry gift item among people who love to give gifts.

This combination is so fantastic that the spectacle it presents is quite exhilarating. This rare combination is very expensive. A kind of diamond that is quite popular with adolescents is diamonds set in white gold.

Whether it was passed down to you or purchased as a gift, jewelry is something that many of us hold near and dear to our hearts.

Protecting this jewelry and making sure you receive top dollar if you sell it are important things to us all. Make sure you use these jewelry tips to approach the topic with the wisdom needed.

Use a 100% cotton cloth to clean jewelry after you wear it and wash it often. You can add a drop of water to remove really tough to get off gunk if necessary, but make sure you dry the piece with a part of the cloth you didn’t get wet when you’re done.

Rings, bracelets, necklaces, and other jewelry should be removed prior to participation in any physical work, exercise, or team sport.

Sweat and oils can damage your jewelry. Also, increased physical movement makes it especially easy to snag prongs or dislodge stones from their settings. Furthermore, jewelry that has fallen off during activity is less likely to be found afterward.

Read all your warranties and guarantees. Carefully paying attention to all the details in both of these can help you prevent any major issues from coming up.

If you find any issues in the warranties or guarantees, you can correct them before you take the jewelry you’ve bought out of the store.

Part of selecting your wedding jewelry should be taking into consideration when you’re getting married. Sparkly jewelry, like dangling diamonds, look best when light

is coming from all directions, as it would in a night ceremony or reception. Daytime weddings, especially outdoors, tend not to highlight this kind of jewelry as well.

When wearing jewelry, less is more. You don’t need to wear a necklace, earrings, bracelets, a watch, and rings to make your outfit look complete.

Choose pieces that work well with your outfit and what you’re wearing. One well chosen bracelet or necklace will draw more compliments than multiple striking items.

If you lose the butterfly backing for your post earrings, you can easily replace them. Any local craft stores carry replacement backings for post earrings in the jewelry making aisles.

You can find them in different metals such as sterling silver, gold plating, silver plating or silver tone metal. You no longer have to throw your old earrings out, you can replace the backing quite affordably.

The tips you have just read in the above article cover a fairly wide range of jewelry-related issues. Make sure you’re absorbing and subsequently applying these tips as needed.

Jewelry is something we all want to protect, so pay attention to what you’ve learned about jewelry through this article. 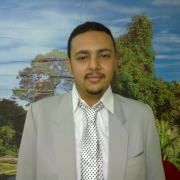 Where To Find Best Accessories 1

Choosing best The Right Shoes For Skateboarding
2 weeks ago

This widget requries the Arqam Lite Plugin, You can install it from the Theme settings menu > Install Plugins.